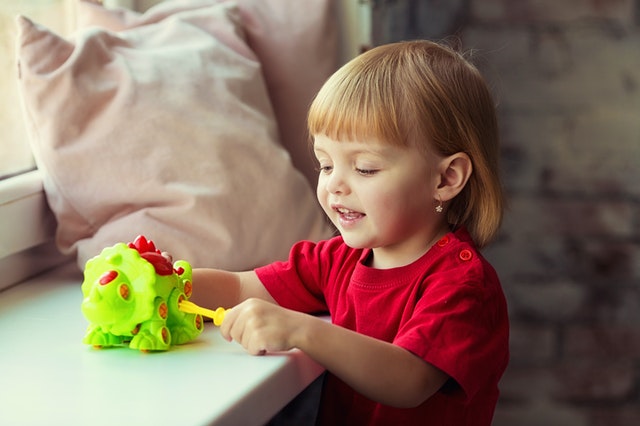 The different levels of autism categorize the severity of social skills and behaviors of children with autism. According to the Diagnostic and Statistical Manual of Mental Disorders (DSM-5), autism is categorized by doctors as level 1, 2, or 3 according to the two areas of functioning — social communication and restricted, repetitive behaviors.

Level 1  indicates the least severe level of autism, also termed mild autism. Children under this category face challenges with social situations and may have some restrictive or repetitive behaviors. However, the amount of support required for day-to-day activities is minimal.

These individuals are able to communicate their wants and needs verbally and also have the ability to maintain some relationships. They may feel uncomfortable with sudden changes or unexpected events that influence their lifestyle and prefer to stick to their established routines.

Level 2 represents an intermediate level of severity in autism symptoms that often requires further outside support than those diagnosed with level 1.

Individuals face challenges in social situations that are more noticeable to the people around them.  Individuals diagnosed with level 2 may not be able to communicate their wants and needs verbally. If they have the ability to speak, they may only be able to communicate in short sentences or single words.  Conversations may also be difficult to initiate and maintain. As a result, these individuals may require extensive support in order to participate in social activities.

Children who are unable to verbally communicate may not acknowledge anyone talking to them or may not make eye contact with anyone talking to them. These children may only express their thoughts and feelings through their tone of voice or through facial expressions. Additionally, they can become uncomfortable or upset when their daily routines or habits get interrupted.

Level 3 is the most severe form of autism spectrum disorder. Those falling within this category have significant challenges with social communication and social skills. They may experience restrictive or repetitive behaviors more frequently which can impact their ability to function independently and complete everyday activities.

Most individuals with level 3 autism are not able to communicate verbally, although some may use a few words for communication. These individuals may also display more severe aggression or self-injurious behavior. Level 3 individuals may become over or under-sensitive to particular stimulations from sense, smell, and touch. These individuals may exhibit behavioral characteristics such as rocking, echolalia, spinning things, or other behaviors and often struggle with unexpected events.

Individuals with autism can show symptoms in many situations.

Symptoms of autism in social situations

Symptoms of autism in everyday life

High functioning autism is a term used to describe what was once Asperger’s syndrome. These individuals exhibit mild symptoms and the need for support is minimal.

Broad Autism Phenotype is a term used to describe the autistic traits present within an individual without any diagnosis. These individuals typically have a mild level of symptoms that are not clinically significant and may be seen in relatives of people with autism.

Rett Syndrome is a rare brain disorder that primarily affects girls and causes a progressive loss of motor skills and speech. Rett Syndrome may share many of the  symptoms of autism such as:

Autistic disorder was previously used to describe those with severe autism symptoms including communication impairments, repetitive behaviors, and social challenges.

Asperger’s Syndrome was characterized by milder symptoms in comparison to autistic disorders that could impact an individual’s communication or social skills.

PDD was a group of disorders characterized by delays in the development of social and communication skills in children under three.

Children with this disorder would have problems maintaining the skills they’ve already acquired, such as their language skills, way of communication, social skills, self-care skills, and motor skills such as bowel and bladder control.

Those with autism need varying levels of support and therapy based on the level of diagnosis they receive.  With the right amount of support, various symptoms associated with autism such as irritability, aggression, obsessive behavior, hyperactivity, impulsivity, attention deficits, mood changes, and anxiety problems can be mitigated with early intervention with ABA therapy.